The Useful Role of the Data Analyst

What are IoT Platforms?

An IoT platform is an application that connects your devices to the cloud and the corresponding output devices. This is a multi-layered technology that facilitates the straightforward deployment, management and automation of connected devices in the Internet of Things (IoT).

A modern IoT platform takes over the integrated implementation of IoT solutions from the ground up. An IoT platform offers you with the best infrastructure and tools based on a simple description to cover as many tasks as possible.

The providers of IoT services should not overlook the importance of selecting a robust IoT platform as the basis for their IoT solutions, but selecting an IoT platform capable of providing the highest capabilities for deploying, maintaining, monitoring, managing and updating your IoT devices will strengthen your business and ensure its continued growth. IoT platforms can help you speed up your time-to-market, minimize risks, reduce development costs, and help you achieve product marketability. IT experts agree that the role of the Internet of Things in the company’s development should not be underestimated, especially given the estimated double-digit growth in its market value over the coming years.

It is a fact that many factors need to be taken into account in the decision making process to ensure that deployment is carried out with a view to the future. These considerations are important and deserve careful planning, but they do not illustrate how an IoT platform can help you. IoT deployment is about building a company with a secure development base.

At Mont Digital, we offer digitized solutions for the Internet of Things, using the best devices, sensors and data collection systems to deliver powerful IoT analytics, representations and tools. For example, we need smart networking technology and in many cases connected devices with the capacity to act, real intelligence about where action is taking place, data analysis and smart use to solve challenges, create competitive advantages, automate processes and improve the potential measures that our IoT solutions want to address.

IoT is an all-encompassing term that can be used for multiple data extraction devices around us. While IoT represents the Internet of Things, the term “things” can also be used to mean various smart devices such as Arduino chips, smart grids, electrical terminals, etc.

Problems in everyday life can be solved with the Internet of Things (IoT) platform. As you know, all devices are available on this platform. However, there are known disadvantages of this platform, also known as the IoT platform.

According to a recent Intel study, there will be 200 billion devices connected to the Internet of Things (IoT) by 2020, a vast network of simple and complex elements that generate and share data on the Internet. Every day, more and more devices become part of this network. The Internet of Things is everywhere these days, as devices become faster, daily processing smarter, and daily communication more informative.

The Internet of Things (IoT) – a vast network, both simple and complex, that creates and shares data over the Internet – includes not only professionally controlled products such as industrial sensors, manufacturing equipment, workplace management applications and much more, but the IoT concept also extends to everyday things we have in our homes, from surveillance cameras to air quality sensors to smart thermostats.

From 14 to 16 December, the second IEEE World Forum on the Internet of Things (WF IoT) in Milan will gather more than 350 Industry leaders, academics, entrepreneurs, government policy makers and students to create the hoped-for convergence with reality.

IBM and ARM have launched the Starter Kit to help developers experiment with IoT. It consists of a microcontroller application shield connected to the cloud to develop and deploy apps on IoT devices. If you want an insight into Microsoft Azure IoT, I recommend the two episodes of IoT Product Leadership Podcast, in which Sam George is interviewed by Azure IoT Chief Executive Officer.

Of the billions of IoT (sensor enabled) devices to be connected in the coming years, it is estimated that more than half will be powered by Low Power Wide Area Networks (LPWANs). Lorawan ™ uses unlicensed ISM radio bands (industrial, scientific and medical) for cost-effective network deployment.

The technology was developed primarily for industrial IoT sensors and not for consumer devices. It is used to transmit short packet data of up to 240 bytes and is not supported by all network stacks. 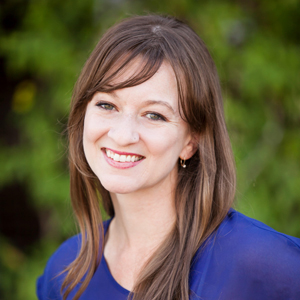 Web hosting is a vital part of any website. Without web hosting, websites cannot exist on the Internet and be accessed by the public. Since every website needs a web hosting service, choosing one of these services